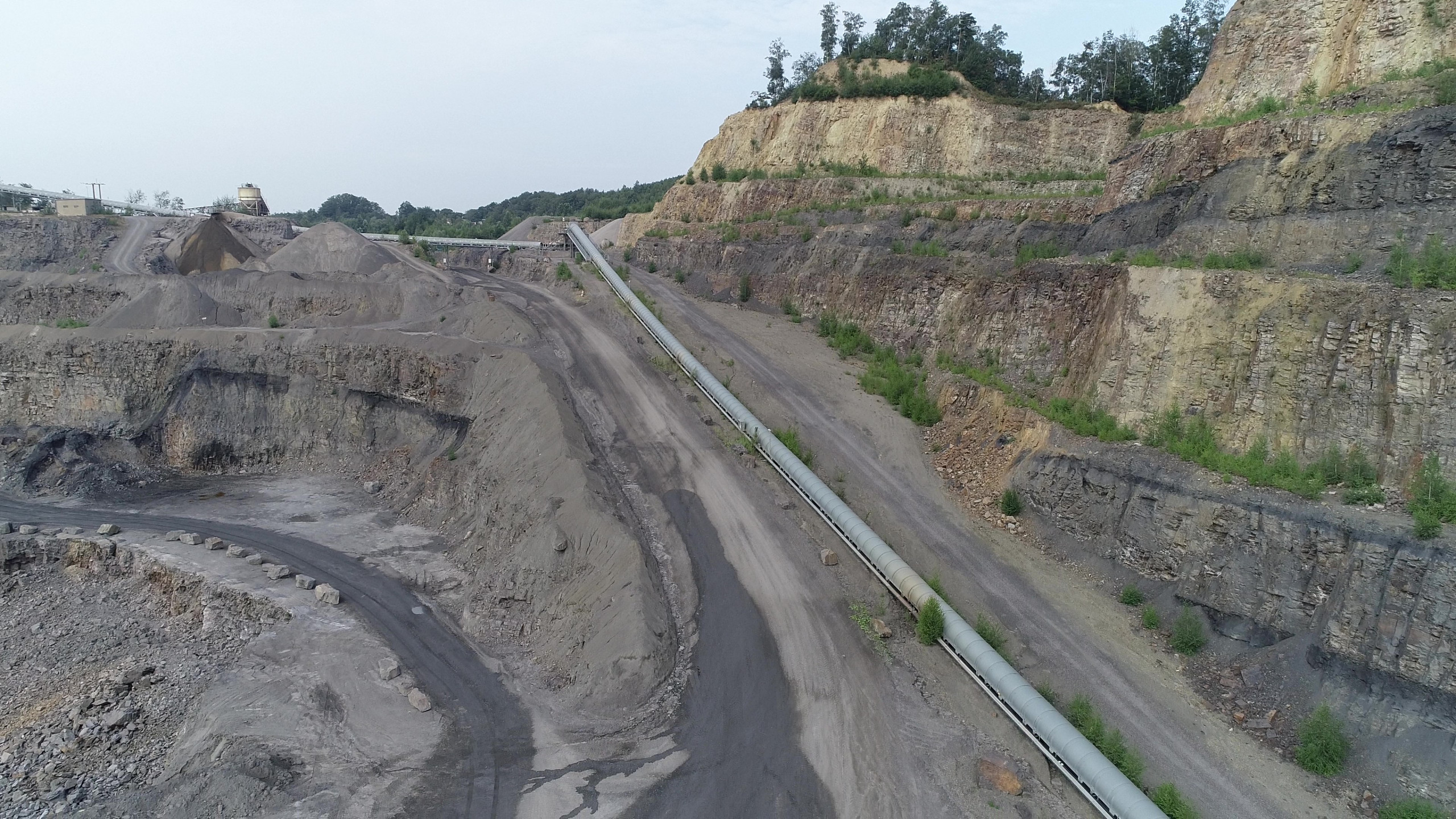 As a result of intensive mining since the Middle Ages, the Piesberg in the highland of Osnabrück between the Wiehen hills in the north and the Teutoburg forest in the south has been hollowed out like a hollow molar. It is internationally famous for its plant and insect fossils in approx. 310-305 million year old sediments and is one of the largest quarries in Europe due to the constant quarrying of quartzite sandstones. As a national geotope, the Piesberg is of paramount importance, and city and Osnabrück district and the UNESCO Geopark TERRA.vita preserve its geological heritage.

The Piesberg, an elevation north of the Lower Saxon city of Osnabrück, lies in the area of the Osning block (Fig. 1), which forms a fault block south of the Lower Saxony basin between the Osning fault zone and the Wiehen hills (Drozdzewski & Dölling, 2018). In the area of ​​this fault block, from the Upper Cretaceous onwards, as a result of the long-range effects of the formation of the Pyrenees, the formation of reverse fault zones and northwest-southeast-trending fold structures evolved. This is particularly impressive in the Piesberg, where an anticline structure developed, which in the east is cut off by a north-south-trending transverse fault with an offset of approx. 600 m (Fig. 1, 2 and 3).

Together with the adjacent areas of the Schafberg near Ibbenbüren and the Hüggel, the Piesberg forms the northernmost outcrop of coal-bearing Upper Carboniferous in Germany, which is overlaid by Permo-Triassic sediments following an unconformity (Fig. 1). More than 70% of the Carboniferous sediments consist of medium to coarse-grained sandstones and conglomerates. Siltstone and claystone with embedded coal seams of 0.3 to 1.5 m thickness occur to lower extent. These fluvial sediments were deposited in the Upper Carboniferous by a braided river system with currents directed to the north and the west. Larger plant accumulations took place in the accompanying floodplain deposits, which are now forming coal seams. Fine-grained lake deposits were also discovered in the quarry (Leipner et al., 2021). Due to the influence of thermal heating, the sandstones show an intensive cementation with quartz and the coal seams exhibit the high degree of coalification of anthracite. The carbon deposits in Ibbenbüren and on the Hüggel also show similarly high degrees of thermal maturation. The dating of the thermal event was narrowed down to the Upper Cretaceous, although the exact cause, which thermal influence and to what extent is still controversial (Fischer, 2020).

The Piesberg has played an economically and culturally important role in the highland of Osnabrück for more than 800 years. The anthracite coal and the highly cemented sandstone were extracted and traces of active mining are going back to the Stone Age. From the middle of the 15th century, blind coal was mined from coal seams on the Piesberg. The first mine shafts for underground mining of the Johannesstein seam were constructed in 1568, and in 1830 the shafts and mining tunnels reached deeper coal seams such as the seam Mittel, seam Zweibänke and seam Dreibänke (Fig. 3 and 4). With the Hase shaft, mining depths in the area of the groundwater were reached from 1868, but coal mining had to be stopped due to various difficulties in 1898 (Harms, 2019).

The large-scale quarrying of sandstones from the Piesberg quarry began in 1859 and developed into one of the largest quarry complexes in Central Europe. As a result of the deep mining (Fig. 3), in addition to the seams (Fig. 4), the seam horizons, which were then mined underground and filled with backfill material appeared in the quarry walls. At several points the support pillars made of spruce wood (Harms, 2019) can be seen today (Fig. 5).

Sandstone and claystone are currently being mined from the Piesberg; e.g. in 2018 an annual production of around one million tons was achieved (Harms, 2019). The usable volume of rocks is expected to provide material for the next 15-20 years. After that, large areas in the quarry are to be permanently protected and preserved as a geological site. Due to the various mining activities, the region is, to this day, still characterized by industrial properties. Numerous geo-historical buildings and facilities from different industrial epochs still exist or are listed as historical monuments.

Today, hikers along the approx. 8 km long Piesberg circular route can get many interesting impressions of the culture and mining wilderness in today’s Culture and Landscape Park Piesberg. From several viewpoints along the circular route you can get a glimpse of the impressive quarry. Numerous TERRA.vita experience stations provide information on geology, mining history and the unique quarry habitats. Historical buildings can be visited, whereby the Hase shaft building is particularly recommended, which today houses a museum for industrial culture. A mine tunnel can be entered from the museum, which leads over a length of 280 m at a depth of up to 30 m to an adit opening.

Fauna and flora of the Upper Carboniferous

The Upper Carboniferous sediments of the Piesberg, together with the deposits of the Schafberg, are internationally important fossil deposits for plants and arthropods (Fig. 6), which attract numerous paleontologists from museums and universities as well as hobby researchers. About 55 species of fossil plants and more than 25 species of insects have been described from the Piesberg quarry, hence there are numerous first descriptions from here (Leipner et al., 2021).

To some extent upright tree trunks and roots were found. One of the most impressive finds is a large-format root system of the extinct Sigillaria sp., which can be admired today in the Museum am Schölerberg. The Piesberg shales are very good to preserve and allow complete plants to be reconstructed using fragments such as leaves and branches, the tree trunk including the bark and the roots (Fischer, 2020). The insect finds from Piesberg contribute to a large extent to the knowledge about the origin and evolution of the first insects capable of flying. Many species and genera of insects are first discoveries and were described with the name Piesberg, such as Piesbergtupus hielscheri or Erasipterella piesbegensis (Fischer, 2020). Paleontological studies on insect and arthropod larvae allowed research into the development cycles of these organisms, to name just a few of the highlights. The shales of the Piesberg Carboniferous in particular made it possible to preserve fossil groups that are otherwise difficult to preserve, such as spiders, scorpions, crabs, fish scales, shark egg capsules and mussels (Fischer, 2020).

The Piesberg North Face – A Subset by MARUM_Uni-Bremen on Sketchfab

A high-resolution, scientifically usable model is available at V3Geo. 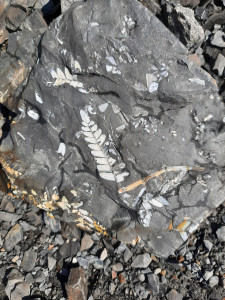 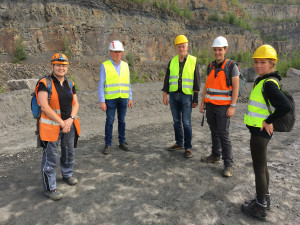 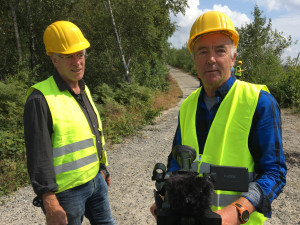 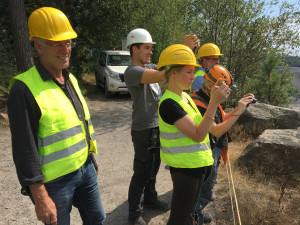 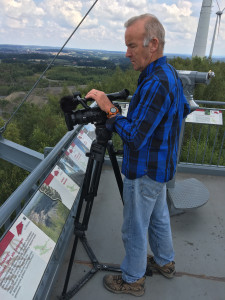 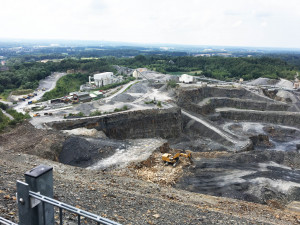 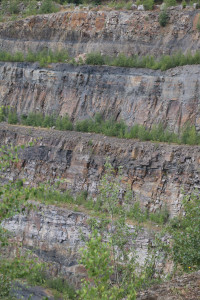 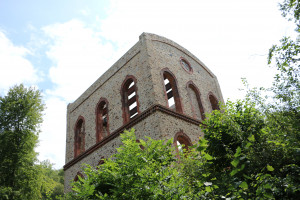 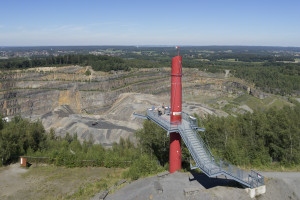 In the northern Harz foreland between Ballenstedt in the east and Blankenburg in the west, steep, sometimes meter-high sandstone cliffs form an imposing natural phenomenon over a length of approx. 20 km, which is known as the Teufelsmauer. The rugged, erosion-resistant cliffs are formed by layers of silicified sandstone, the formation of which is associated with the uplift of the Harz Mountains and their overthrust to the northern foreland during the Upper Cretaceous. The Königstein, Mittelstein and Papenstein sections south and south-west of Weddersleben have been under nature protection since 1935. In 2006, the Teufelsmauer was awarded national geotope status and is now an important geopoint in the UNESCO Geopark Harz – Braunschweiger Land – Ostfalen. … END_OF_DOCUMENT_TOKEN_TO_BE_REPLACED