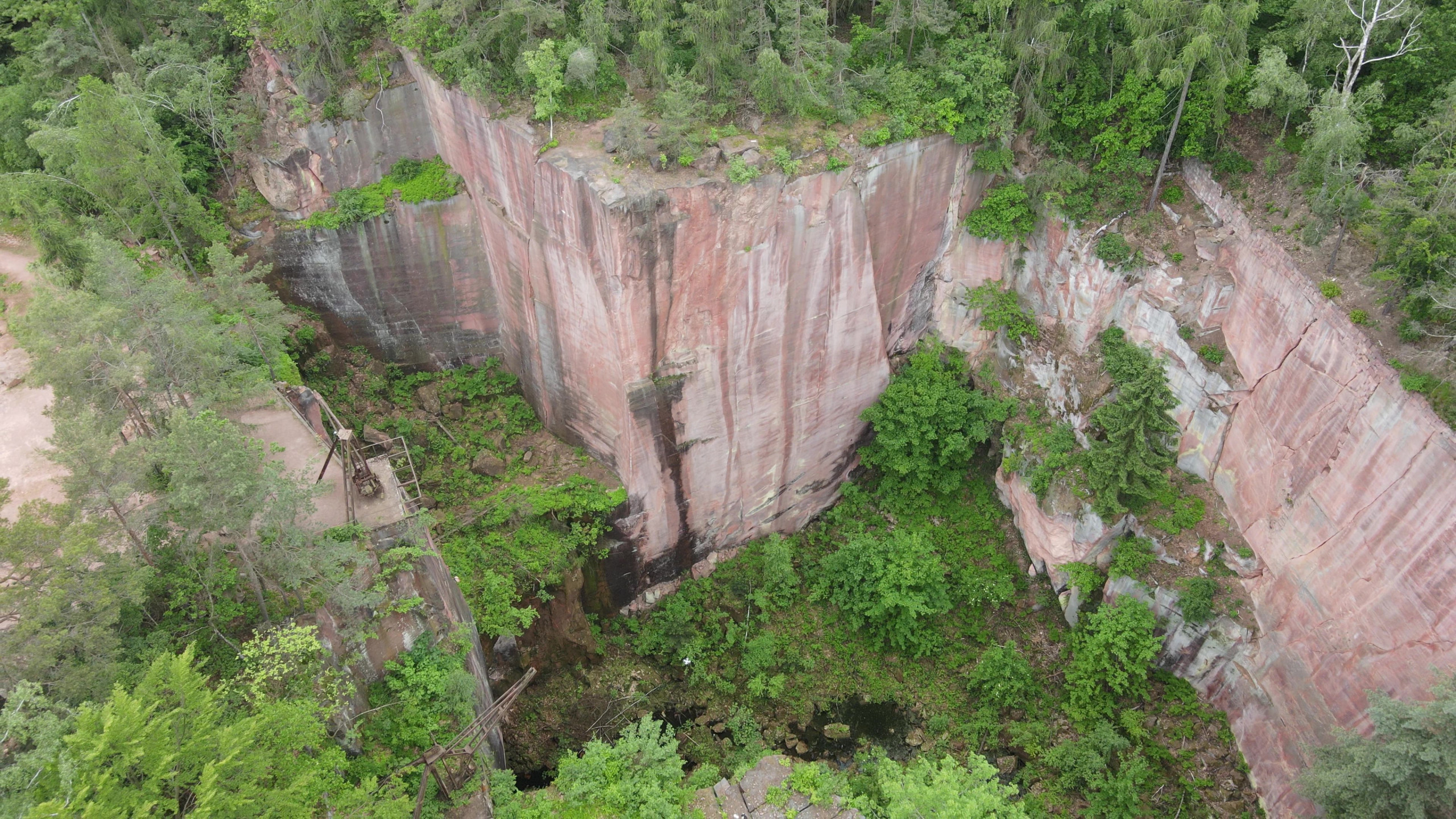 If you head to the east from Leipzig, you will encounter one of the largest areas of volcanic rock in Central Europe – the Northwest Saxon volcanic complex. At its southwestern tip lies the Rochlitz mountain, which cleary stands out from the surrounding landscapes with a height of 353 m.

The Rochlitz mountain was formed from deposits of the ejecta of a volcano from just that time. The approximately 80 m thick porphyry tuff was formed from ashes, lapilli and volcanic bombs, which were deposited on a quartz porphyry formed from solidified lava.

The lower section of the porphyry tuff are characterized by distinct stratification with individual bombs. Less layered sequences follow, which are heavily silicified and correspondingly hard.

The overlying tufa layers up to approx. 70 m consist of a relatively soft, fine-grained and porous porphyry tuff, which was used as cut stone. Originally described by G. Agricola (1546) as “red Rochlitz sandstone”, the rock was finally described by the head of the Saxon geological survey H. Credner (1891) under the term “porphyry tuff”. In the natural stone industry, the (geologically incorrect) names “Rochlitz porphyry” or, because of the banding within the rock, “Rochlitz marble” are used.

Genetically, the rock on the Rochlitz mountain can be classified as ignimbrite, petrographically as ryolitic tuff. Macroscopically, the tuff has bright red hues (brownish-light red to light grey-red), which are crossed by brick-red to yellow bands. Bleaching of the rock can occur close to the surface, especially in the area of ​​fissures.

It is known from the quarries that the porphyry tuff has comparatively few fissures. It is dominated by steeply sloping, somewhat uneven, mostly separating fissures, which run through the rock at a distance of several meters. The main fissure direction for the Rochlitz mountain is NW-SE, which is also the orientation of most of the rock dykes.

The first stone quarrying on the Rochlitz mountain probably took place in the Bronze Age more than 3000 years ago, but the actual quarrying started around 1100, probably by monastery brothers.

The number of quarries has varied greatly over the centuries. For the year 1548 five quarries are documented, eleven quarries in 1820, ten quarries in 1853, nine quarries in 1896. In 1897, the owners of seven quarry rights joined together to form the company “Vereinigte Porphyrbruch auf dem Rochlitzer Berge GmbH”, while other quarries also operated independently. Today two quarries on the Rochlitz mountain are still actively operated, mainly for restoration purposes.

Along with the Haberkorn quarries and the Seidel quarries, the Gleisberg quarry is one of the most important quarries on the Rochlitz mountain and was actively operated from the 19th century to 1960. Today it is a popular destination for both tourists and climbers. 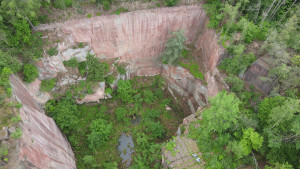 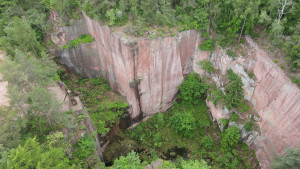 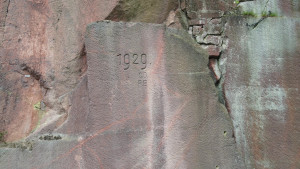 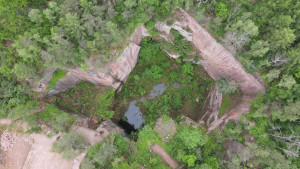 If you head to the east from Leipzig, you will encounter one of the largest areas of volcanic rock in Central Europe – the Northwest Saxon volcanic complex. At its southwestern tip lies the Rochlitz mountain, which cleary stands out from the surrounding landscapes with a height of 353 m. … END_OF_DOCUMENT_TOKEN_TO_BE_REPLACED